S. G. WILSON lives in Austin, Texas, with his partner, kids, and cats (plus a bearded dragon). He was born and raised in Elizabethtown, Kentucky, and graduated from Ball State University with a degree in English and journalism. He lived and worked in New York as a magazine writer and editor for the better part of a decade. As a freelance journalist (writing as one of several Steve Wilsons out there), he's covered pop culture, technology, travel, parenting, food, and other topics for the New York Times, GQ, Newsweek, Travel & Leisure, Smithsonian, Salon, and other publications. He also cowrote the biography Center Square: The Paul Lynde Story (Advocate Books, 2005). He's a member of SCBWI and the Kids Listen Network. 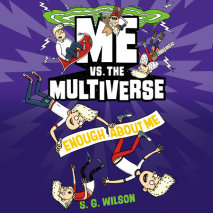 Me vs. the Multiverse: Enough About Me
Author: S. G. Wilson
Release Date: August 17, 2021
Can plain old Average Me fix the rip in the multiverse? The Mes are back in this hilarious second book in the sci-fi comedy series for fans of Stuart Gibb's Moon Base Alpha and quirky animated shows like Rick and Morty and Regular Show.Saving the mul...
ABOUT THIS AUDIOBOOK
$18
ISBN: 9780593398838
Unabridged Download 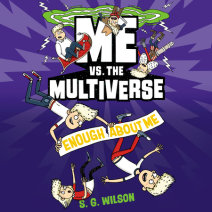 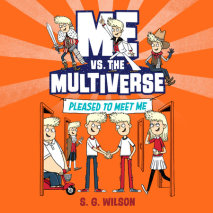 audio
Me vs. the Multiverse: Pleased to Meet Me
Author: S. G. Wilson | Narrator: Dani Martineck
Release Date: August 04, 2020
What if you suddenly met someone who's you--only better? That's what happens in this hilarious new series for fans of Stuart Gibb's Moon Base Alpha and quirky sci-fi animated shows like Rick and Morty and Regular Show.It all starts with a note folded...
ABOUT THIS AUDIOBOOK
$18
ISBN: 9780593208168
Unabridged Download 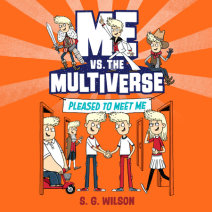