Kate Manne is an associate professor of philosophy at Cornell University, where she has taught since 2013. Before that, she did her graduate work at MIT and was a junior fellow in the Harvard Society of Fellows. The author of Down Girl, she has written for The New York Times, The Washington Post, The Atlantic, The Times Literary Supplement, and Politico, among other publications. She was recently named one of the world’s top ten thinkers by Prospect  (UK). 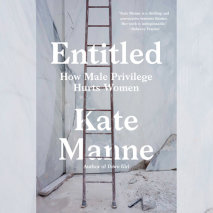 audio
Entitled
Author: Kate Manne | Narrator: Cynthia Farrell
Release Date: August 11, 2020
An urgent exploration of men’s entitlement and how it serves to police and punish women, from the acclaimed author of Down Girl“Kate Manne is a thrilling and provocative feminist thinker. Her work is indispensable.”—Rebec...
ABOUT THIS AUDIOBOOK
$17.50
ISBN: 9780593287767
Unabridged Download 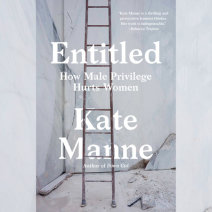