Jennifer Grey is best known for her iconic portrayal of Baby in the beloved classic Dirty Dancing, which earned her a Golden Globe nomination for best actress. More recently, she starred in the acclaimed series Red Oaks and won season eleven of Dancing with the Stars. Her breakout movie role was as Matthew Broderick’s sister in John Hughes’s Ferris Bueller's Day Off. Her numerous film, television, and theater credits span decades. Grey is currently teaming up with Lionsgate on their long-awaited sequel to Dirty Dancing, in which she will star and executive produce. She lives in Los Angeles. 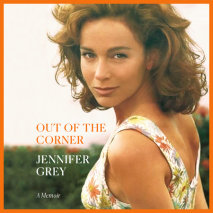 Out of the Corner
Author: Jennifer Grey |
Release Date: May 03, 2022
A deeply candid and refreshingly spirited memoir of identity lost and found from the star of the iconic film Dirty DancingIn this beautiful, close-to-the bone account, Jennifer Grey takes readers on a vivid tour of the experiences that have shaped he...
ABOUT THIS AUDIOBOOK
$20
ISBN: 9780593507100
Unabridged Download 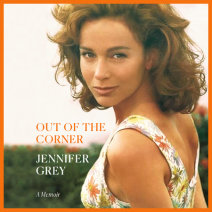