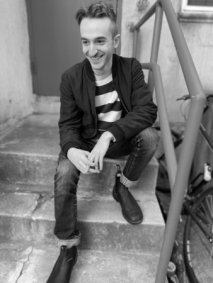 Milo Beckman has been addicted to math since a young age. Born in Manhattan in 1995, he began taking math classes at Stuyvesant High School at age eight and was captain of the New York City Math Team by age thirteen. His diverse projects and independent research have been featured in the New York Times, FiveThirtyEight, Good Morning America, Salon, the Huffington Post, the Chronicle of Higher Education, Business Insider, the Boston Globe, Gothamist, the Economist, and others. He worked for three tech companies, two banks, and a US Senator before retiring at age nineteen to teach math in New York, China, and Brazil, and to work on this book. 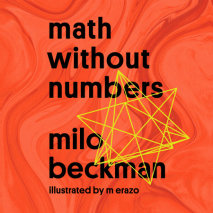 Math Without Numbers
Author: Milo Beckman
Release Date: January 05, 2021
An audio tour of the structures and patterns we call "math"This is an audiobook about math, but it contains no numbers.Math Without Numbers is a vivid, conversational, and wholly original guide to the three main branches of abstract math—topolo...
ABOUT THIS AUDIOBOOK
$17.50
ISBN: 9780593339534
Unabridged Download 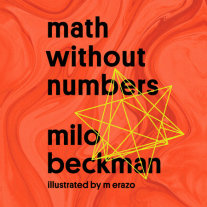