home
x
Subscribe
Kristen Mai Giang
Kristen Mai Giang is a Chinese American author who emigrated from Vietnam and grew up in San Gabriel, California. She is the author of the picture books Ginger and Chrysanthemum, which draws from family stories new and old, and the upcoming Last Flight, which tells of her family's escape from Saigon in 1975. Her picture book biography The Rise (and Falls) of Jackie Chan was inspired by childhood memories, specifically watching Hong Kong movies at Grauman's Chinese Theater. When not writing, Kristen has spent the past two decades creating kid-targeted Emmy Award-winning digital content for Disney, NBC Kids, and Mattel, among others. Find Kristen online at kristenmaigiang.com.

Alina Chau is an award-winning filmmaker and artist whose credits include the Emmy Award-winning Star Wars: The Clone Wars animated series, numerous bestselling games, and The Nian Monster, which received the 2018 APALA Picture Book Honor. Alina grew up in Hong Kong in an Indonesian-Chinese family during the British colonial era, and her cultural heritage strongly influences her artistic and storytelling voice. Discover more about Alina and her work at alinachau.com.
Read More +
1 results   page 1 of 1   view sort by 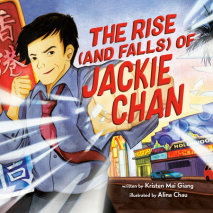 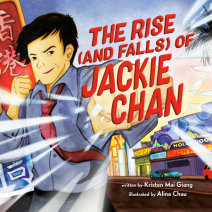