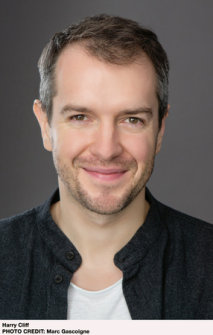 HARRY CLIFF is a particle physicist based at the University of Cambridge and a curator at the Science Museum, London. He regularly gives public lectures and makes TV and radio appearances. His 2015 TED talk "Have We Reached The End Of Physics?" has been viewed over 2.5 million times. 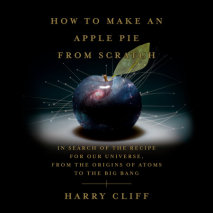 audio
How to Make an Apple Pie from Scratch
Author: Harry Cliff | Narrator: Harry Cliff
Release Date: August 10, 2021
NAMED A BEST SCIENCE BOOK OF 2021 BY KIRKUS * An acclaimed experimental physicist at CERN takes you on an exhilarating search for the most basic building blocks of our universe, and the dramatic quest to unlock their cosmic origins.  "A fascinat...
ABOUT THIS AUDIOBOOK
$20
ISBN: 9780593402832
Unabridged Download 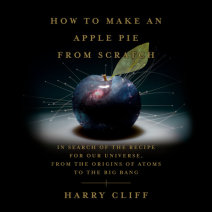