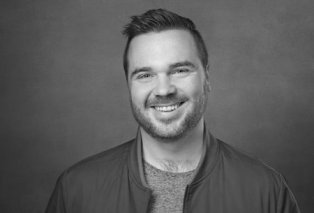 Kevin Roose is a technology columnist for The New York Times. He is the host of the Rabbit Hole podcast and a regular guest on The Daily. He writes and speaks frequently about topics including automation and AI, social media, disinformation and cybersecurity, and digital wellness. Previously, he was a writer at New York magazine and the co–executive producer of Real Future, a documentary TV series about technology. He is the New York Times bestselling author of two previous books, Young Money and The Unlikely Disciple. He lives in Oakland, California. 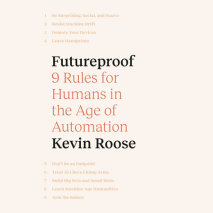 audio
Futureproof
Author: Kevin Roose | Narrator: Mike Chamberlain
Release Date: March 09, 2021
“While we need to rewrite the rules of the twenty-first-century economy, Kevin’s book is a great look at how people can do this on a personal level to always put humanity first.”—Andrew Yang“A clear, compelling strategy ...
ABOUT THIS AUDIOBOOK
$17.50
ISBN: 9780593339640
Unabridged Download 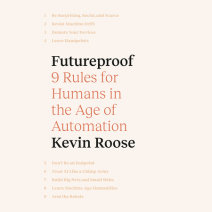