Barbara Newman, author of The Covenant: Love and Death in Beirut, is a senior fellow with the Foundation for the Defense of Democracies and is the founder of Barbara Newman Productions, Inc., which has produced numerous documentary films for Discovery Channel, A&E Network, the History Channel, and Showtime, among others. She was senior producer/creator of the Now It Can Be Told series, a nationally syndicated newsmagazine, and, before that, an investigative producer for ABC News’s 20/20. She was also a correspondent for National Public Radio and hosted All Things Considered. 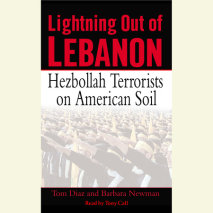 Lightning Out of Lebanon
Author: Barbara Newman and Tom Diaz | Narrator: Tony Call
Release Date: March 01, 2005
Before September 11, 2001, one terrorist group had killed more Americans than any other: Hezbollah, the “Party of God.” Today it remains potentially more dangerous than even al Qaeda. Yet little has been known about its inner workings, pa...
ABOUT THIS AUDIOBOOK
$7.50
ISBN: 9780739318379
Abridged Download 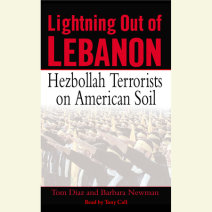