Melissa Grey was born and raised in New York City. She wrote her first short story at the age of twelve and hasn’t stopped writing since. After earning a degree in fine arts at Yale University, she embarked on an adventure of global proportions and discovered a secret talent for navigating subway systems in just about any language. She works as a freelance writer in New York City. She is the author of the Girl at Midnight series: The Girl at Midnight, The Shadow Hour, and The Savage Dawn. To learn more about Melissa, visit melissa-grey.com, follow @meligrey on Twitter, and look for melissagrey_ on Instagram.

audio
The Savage Dawn
Author: Melissa Grey | Narrator: Julia Whelan
Release Date: July 11, 2017
The series that began with the book Danielle Paige, author of Dorothy Must Die, called “inventive, gorgeous, and epic” comes to its thrilling conclusion.   “Catnip for fans of Cassandra Clare.” —BookPage.com on The ...
ABOUT THIS AUDIOBOOK
$27.50
ISBN: 9781524776428
Unabridged Download 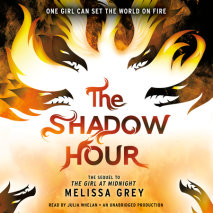 audio
The Shadow Hour
Author: Melissa Grey | Narrator: Julia Whelan
Release Date: July 12, 2016
The much-anticipated sequel to the book Danielle Page, author of Dorothy Must Die, says is "inventive, gorgeous, and epic--Grey dazzles."   Everything in Echo's life changed in a blinding flash when she learned the startling truth: she is t...
ABOUT THIS AUDIOBOOK
$27.50
ISBN: 9780399569197
Unabridged Download 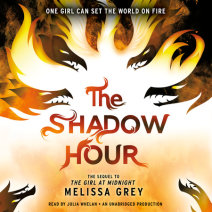 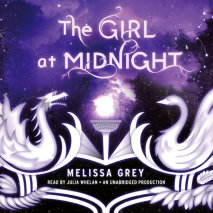 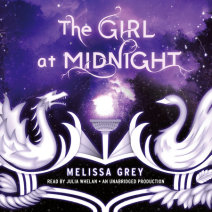