Raised in the copper mining town of Butte, Montana, Stephanie Schriock has been working to get Democrats elected for twenty-five years. Since Schriock became EMILY's List president in 2010 she has overseen a decade of phenomenal growth in the organization, raising hundreds of millions of dollars, helping elect record numbers of women to the House and Senate, and recruiting and training hundreds more. EMILY's List is now nearly five million members strong. 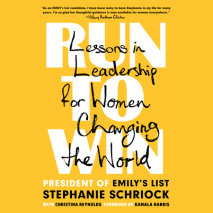 audio
Run to Win
Author: Stephanie Schriock and Christina Reynolds | Narrator: Lisa Cordileone
Release Date: January 12, 2021
“I have long believed that women who dream big, work hard, and get back up after they get knocked down can do anything; Stephanie Schriock is one of those women. I’m so glad her thoughtful guidance is now available for women eve...
ABOUT THIS AUDIOBOOK
$20
ISBN: 9780593292471
Unabridged Download 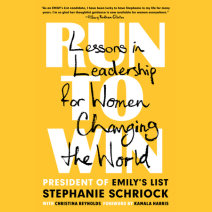