Trey Gowdy is a former state and federal prosecutor who experienced the criminal justice system firsthand for nearly two decades. In 2010, he was elected to Congress, and was chair of the House Committee on Oversight and Government Reform and chaired the Select Committee on Benghazi. After four terms, he decided to leave politics and return to private law practice. Gowdy is the co-author of the New York Times bestseller Unified. He is married to Terri Dillard Gowdy, and they have two children and three dogs. 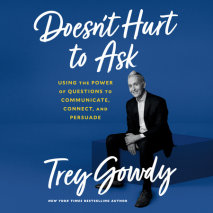 Doesn't Hurt to Ask
Author: Trey Gowdy
Release Date: August 18, 2020
Former congressman and prosecutor Trey Gowdy teaches you how to effectively communicate and persuade on the issues that matter most to you, drawing on his experience in the courtroom and the halls of Congress. You do not need to be in a cou...
ABOUT THIS AUDIOBOOK
$17.50
ISBN: 9780593289297
Unabridged Download 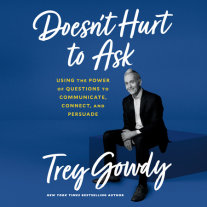