Travis M. Andrews is a staff writer for the Washington Post's Style section where he works on the pop culture team and covers music, movies, television, comedy, and celebrity culture. Previously he was an associate travel and culture editor for Southern Living and a contributing pop culture reporter for Mashable and The Week. He has also written for Time, Esquire, GQ, and The Atlantic, among others. 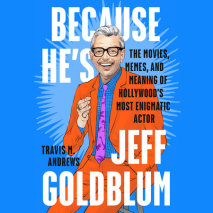 audio
Because He's Jeff Goldblum
Author: Travis M. Andrews | Narrator: Rob Shapiro
Release Date: May 04, 2021
An irreverent yet deeply researched biography about the always offbeat, suddenly meme-able, and wildly popular actor When did you first encounter Jeff Goldblum? Maybe as a deranged killer in his 1974 screen debut in Death Wish? Maybe as a cynica...
ABOUT THIS AUDIOBOOK
$17.50
ISBN: 9780593293546
Unabridged Download 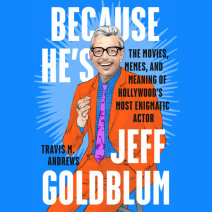