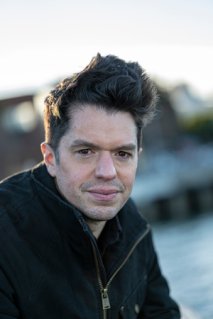 Mark Bergen has been one of the leading business journalists covering everything about Google for more than seven years. He began reporting on the company for Recode, a respected Silicon Valley publication, then moved to Bloomberg in September 2016. Before that, he covered telecom, technology, and media for Ad Age, the premier industry publication, and worked as a freelancer reporter from Asia for The New York Times, The Wall Street Journal, Time, Reuters, and The New Yorker. He has frequently discussed his Google reporting on Bloomberg TV, CNBC, MSNBC, NPR, and several other outlets. 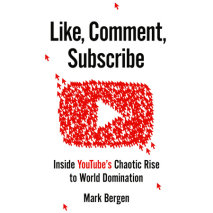 audio
Like, Comment, Subscribe
Author: Mark Bergen | Narrator: Sean Patrick Hopkins
Release Date: September 06, 2022
The gripping inside story of YouTube, the company that upended media, culture, industry, and democracy—by a leading tech journalistAcross the world, people watch more than a billion hours of video on YouTube every day. Every minute, more than f...
ABOUT THIS AUDIOBOOK
$25
ISBN: 9780593628904
Unabridged Download 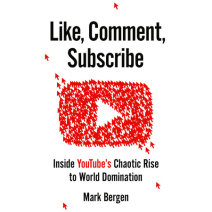