DUNCAN HAMILTON is an investigative journalist and a celebrated, award-winning sportswriter who has been nominated for the foremost sports prize in the UK (the William Hill) five times and won it twice. His most recent book is Immortal, a biography of footballer George Best, which was named a best sports book of 2013 by both The Times and The Guardian. The author lives in West Yorkshire, UK. 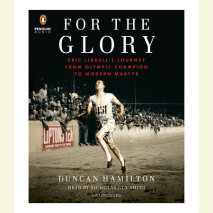 audio
For the Glory
Author: Duncan Hamilton | Narrator: Nicholas Guy Smith
Release Date: May 10, 2016
The untold and inspiring story of Eric Liddell, hero of Chariots of Fire, from his Olympic medal to his missionary work in China to his last, brave years in a Japanese work camp during WWIIMany people will remember Eric Liddell as the Olympic gold me...
ABOUT THIS AUDIOBOOK
$22.50
ISBN: 9780399565823
Unabridged Download 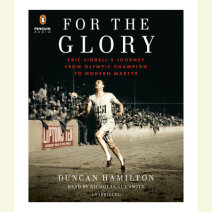