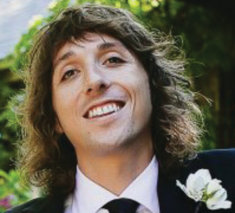 Nic Sheff
Nic Sheff is a columnist for The Fix and the author of two memoirs about his struggles with addiction, the New York Times-bestselling Tweak: Growing Up on Methamphetamines and We All Fall Down. He also wrote for the hit TV series The Killing. Nic lives in Los Angeles, California. Follow @nic_sheff

As a teenager and young adult I struggled with drug and alcohol addiction, as well as severe mental illness issues—bipolar disorder, depression, psychosis. My first two books were memoirs about my experience battling addiction. For my first novel, I wanted to continue my exploration of psychological issues within the framework of a thriller. When two of my family’s friends, both high-schoolers, were diagnosed with schizophrenia, I began researching the illness. Apparently this disease, which often lies dormant in teens, has been surfacing earlier and earlier in those with a genetic predisposition to the illness after these kids try smoking pot—because our pot is so much stronger than it ever has been. I wanted to examine what happens to someone who experiences the symptoms of schizophrenia while still a teenager, someone trying to balance the hardships of mental illness at such a fragile time of life—the everyday struggles of high school and relationships. Much of the novel is borrowed from my own experience, but it is also a departure. I hope it shows that mental illness is not a death sentence.
Read More +
1 results   page 1 of 1   view sort by 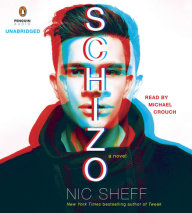 audio
Schizo
Author: Nic Sheff | Narrator: Michael Crouch
Release Date: September 30, 2014
The fascinating, shocking, and ultimately quite hopeful story of one teen’s downward spiral into mental illness by the bestselling author of Tweak and son of David Sheff (author of Beautiful Boy, the memoir adapted into a mo...
ABOUT THIS AUDIOBOOK
$18
ISBN: 9780698154827
Unabridged Download 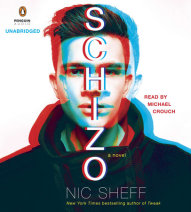