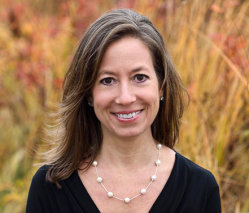 Elisa Boxer
Elisa Boxer is a Maine-based, Emmy-winning journalist and columnist whose writing has appeared in publications including The New York Times, Inc., and Fast Company. Having worked in newspaper, magazine, and television journalism, Elisa is thrilled to bring her reporting and storytelling skills to the world of children's literature. She is the author of A Seat at the Table: The Nancy Pelosi Story and The Voice That Won the Vote: How One Woman's Words Made History.

Marta Álvarez Miguéns is an author and children's book illustrator living in A Coruña, Spain. In 2007, her artwork was selected and exhibited at the Bratislava Biennial of Illustration (BIB). She illustrated Shark Lady: The True Story of How Eugenie Clark Became the Ocean's Most Fearless Scientist, which was named one of the Best Children's Books of 2017 by Parents Magazine, and won the Blue Spruce Award in 2018. She also painted the funny and charming illustrations for What Is Poo?, which won the Silver Award at the Junior Design Awards 2017.
Read More +
2 results   page 1 of 1   view sort by 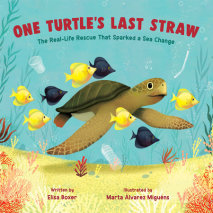 audio
One Turtle's Last Straw
Author: Elisa Boxer | Narrator: Elisa Boxer
Release Date: May 10, 2022
The inspiring true story of how one small turtle and kids all over the country sparked an environmental movement. Based on the viral video that created awareness of the harm caused by plastic straws, this heart-wrenching story is a perfect tool ...
ABOUT THIS AUDIOBOOK
$5
ISBN: 9780593586402
Unabridged Download 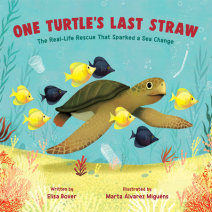 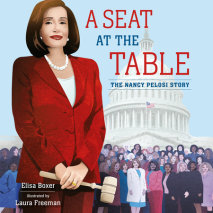 audio
A Seat at the Table
Author: Elisa Boxer | Narrator: Elisa Boxer
Release Date: September 07, 2021
This inspiring picture-book biography about Nancy Pelosi shows her journey from the child of Baltimore's mayor to her marble-ceiling-shattering four terms as Speaker of the House, including the historic events of January 6th, 2021.  Nancy P...
ABOUT THIS AUDIOBOOK
$5
ISBN: 9780593505373
Unabridged Download 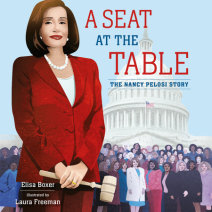