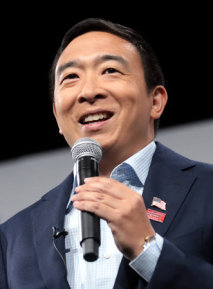 Andrew Yang was a 2020 Democratic presidential candidate and a 2021 candidate for mayor of New York City. Named by President Obama as a Presidential Ambassador of Global Entrepreneurship, he is the founder of Humanity Forward and Venture for America. Yang’s New York Times bestselling book The War on Normal People helped introduce the idea of universal basic income into the political mainstream. Yang is a graduate of Brown University, where he graduated with degrees in economics and political science, and Columbia Law School, where he was an editor of the Law Review. He lives with his family in New York. 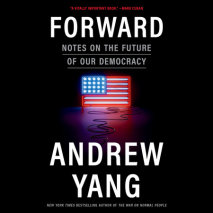 audio
Forward
Author: Andrew Yang | Narrator: Andrew Yang
Release Date: October 05, 2021
NATIONAL BESTSELLER • A lively and bold blueprint for moving beyond the “era of institutional failure” by transforming our outmoded political and economic systems to be resilient to twenty-first-century problems, from the popular ent...
ABOUT THIS AUDIOBOOK
$20
ISBN: 9780593559864
Unabridged Download 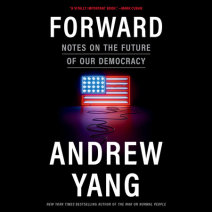