ELLYN GAYDOS received an M.F.A. in nonfiction from Columbia University. Her work has received the Richard J. Margolis Award for nonfiction writers of social justice journalism, and appeared in The Texas Review, the Columbia Journal, and Ninth Letter, where she received the 2017 award for creative nonfiction. She lives in New Lebanon, New York. 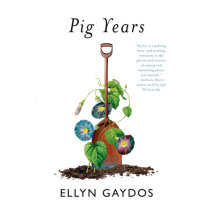 Pig Years
Author: Ellyn Gaydos |
Release Date: June 14, 2022
An itinerant farmhand's account of the wonders hidden within the ever-blooming seasons of life, death, and rebirth.As a seasonal farmer in upstate New York and Vermont—living hand to mouth, but in love with the land and its creatures—Elly...
ABOUT THIS AUDIOBOOK
$17.50
ISBN: 9780593590089
Unabridged Download 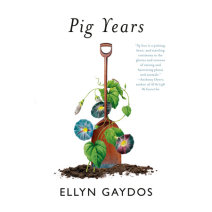