Dorothy A. Brown is an Asa Griggs Candler Professor at Emory University School of Law. A graduate of Fordham University and Georgetown Law, she received her LLM in Taxation from New York University. A nationally recognized scholar in the areas of race, class, and tax policy, she has published dozens of articles, essays, and book chapters on the topic. She has appeared on CNN, MSNBC, PBS, and NPR, and her opinion pieces have been published in CNN Opinion, Forbes, The New York Times, and The Washington Post. Born and raised in the South Bronx in New York City, Dorothy Brown currently resides in Atlanta, Georgia. 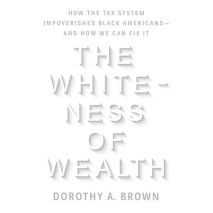 audio
The Whiteness of Wealth
Author: Dorothy A. Brown | Narrator: Karen Murray
Release Date: March 23, 2021
A groundbreaking exposé of racism in the American taxation system from a law professor and expert on tax policy“Important reading for those who want to understand how inequality is built into the bedrock of American society, and what a m...
ABOUT THIS AUDIOBOOK
$15
ISBN: 9780593340066
Unabridged Download 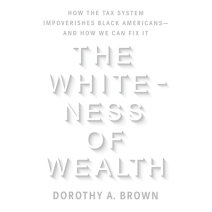