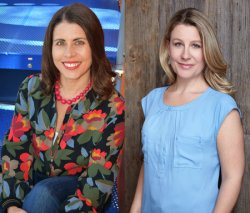 Maggie Knox
Karma Brown is an award-winning journalist and the bestselling author of five novels: Recipe for a Perfect Wife, and the international bestsellers Come Away with Me, The Choices We Make, In This Moment, and The Life Lucy Knew. In addition to her novels, Brown's writing has appeared in publications such as Self, Redbook, Canadian Living, Today's Parent, and Chatelaine. Brown lives just outside Toronto with her husband, daughter, and a labradoodle named Fred.

Marissa Stapley is the internationally bestselling author of three commercial women's fiction novels, including Mating for Life, Things to Do When It's Raining, and The Last Resort, as well as the upcoming suspense novel Lucky. Marissa's journalism has appeared in magazines and newspapers across North America, including Elle, Today's Parent, and Reader's Digest. She lives in Toronto with her family and a precocious black cat named Oscar.
Read More +
1 results   page 1 of 1   view sort by 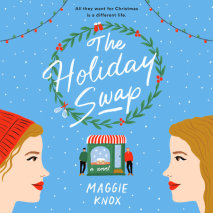 The Holiday Swap
Author: Maggie Knox
Release Date: October 05, 2021
A feel-good, holiday-themed romantic comedy about identical twins who switch lives in the days leading up to Christmas--perfect for fans of Christina Lauren's In a Holidaze and Josie Silver's One Day in December. All they want for Christmas is a...
ABOUT THIS AUDIOBOOK
$20
ISBN: 9780593453292
Unabridged Download 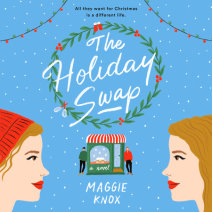