Steve Osborne was a New York City police officer for twenty years, retiring in 2003 as a lieutenant and commanding officer of the Manhattan Gang Squad, with numerous citations for his police work. He has told his stories before packed audiences at The Moth storytelling venues across the United States. He has written for The New York Times and USA Today. Now a consultant for television and film productions, Osborne lives in upstate New York with his wife and their two dogs, Jingles and Duke. 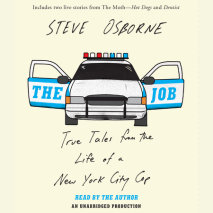 audio
The Job
Author: Steve Osborne | Narrator: Steve Osborne
Release Date: April 21, 2015
"How ya doin?" With these four syllables, delivered in an unmistakably authentic New York accent, Steve Osborne has riveted thousands of people through the legendary storytelling outfit The Moth (and over a million times on their website) with his hi...
ABOUT THIS AUDIOBOOK
$20
ISBN: 9781101889473
Unabridged Download 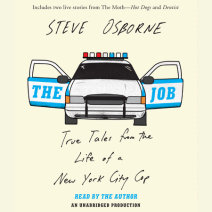