As a TV writer and producer, Eric Daniel Weiner co-created and produced several of preschool television's most successful series such as the smash hit Dora the Explorer. Now an acclaimed six-time Emmy Award nominee, he’shappily returned to acting, playwriting, and the theater. The Famously Funny Parrott is his debut children’s book.

Visit him online at ericdanielweiner.com. 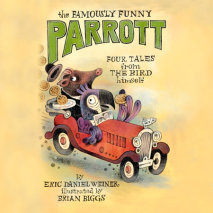 The Famously Funny Parrott
Author: Eric Daniel Weiner |
Release Date: December 27, 2022
From the co-creator of the hit children’s show, Dora the Explorer, comes a hilarious and timeless collection of stories about the friendship between Freddie Parrott and his loyal butler, Peccary.Ride through Rubberwick in your Rolly Royce with ...
ABOUT THIS AUDIOBOOK
$18
ISBN: 9780593612859
Unabridged Download 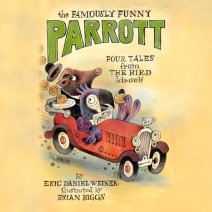