RUBY HAMAD is a journalist, author, and academic completing a Ph.D. in media studies at UNSW (Australia). Her Guardian article, 'How White Women Use Strategic Tears to Silence Women of Color,' became a global flashpoint for discussions of white feminism and racism and inspired her debut book, White Tears/Brown Scars, which has received critical acclaim in her home country of Australia. Her writing has also featured in Prospect Magazine, The New Arab, and more. She splits her time between Sydney and New York. 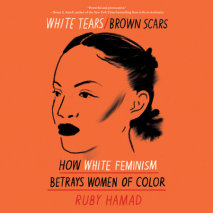 White Tears/Brown Scars
Author: Ruby Hamad
Release Date: October 06, 2020
Called "powerful and provocative" by Dr. Ibram X. Kendi, author of the New York Times bestselling How to be an Antiracist, this explosive book of history and cultural criticism reveals how white feminism has been used as a weapon of white supremacy a...
ABOUT THIS AUDIOBOOK
$17.50
ISBN: 9780593399415
Unabridged Download 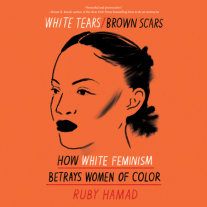