home
x
Subscribe
Angela Woolfe
Angela Woolfe (she/her) is the author of the Avril Crump trilogy for Egmont. She is married with one young daughter who is even more obsessed with fairy tales than she is.

Roland Garrigue (he/him) is a prolific children’s book illustrator from Paris, France. From kindergarten to today, he has never ceased drawing. As a child he read his favorite books hundreds of times over, and became inspired by the work of Tomi Ungerer, Colin Hawkins, and Quentin Blake. He attended art school in Strasbourg, and became a children’s illustrator himself.  He loves to draw fantastic universes and surreal situations, populating his books with characters from all walks of life--monsters, vampires, witches, pirates, aliens, children, and all the strange creatures he can dream up. Roland loves to travel and explore foreign cities and countries, and he hopes his stories can transport his readers to equally exciting places. His illustrations may feature absurd scenarios and bizarre creatures, but at its heart, his work expresses truths and experiences about the world we live in.
Read More +
1 results   page 1 of 1   view sort by 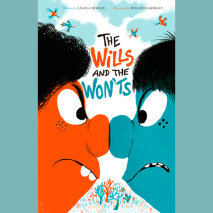 The Wills and the Won'ts
Author: Angela Woolfe |
Release Date: July 05, 2022
Dr. Seuss’s The Sneetches and Other Stories meets The Wall in the Middle of the Book in this pitch perfect, rhyming story about breaking down barriers and embracing our differences.An angry old Won’t and a cheerless young Willlived next t...
ABOUT THIS AUDIOBOOK
$5
ISBN: 9780593606636
Unabridged Download 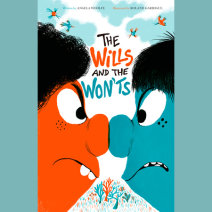