Tracy Andreen was born in Southern California but raised in Tulsa, Oklahoma. She graduated from the University of Oklahoma with a BA in journalism and professional writing then promptly moved to Los Angeles, where she spent many years in the world of film development, employed at Amblin/DreamWorks and Mandalay Pictures, among others.

She began her paid writing career when she took it upon herself to revise some properties in development at Mandalay and ultimately left that side of the film world to pursue writing full time. Since then she has written twenty-four movies for the Hallmark Channel, Lifetime, and UPtv, which have been seen by millions of people and earned her mother's approval. 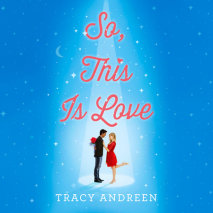 audio
So, This Is Love
Author: Tracy Andreen | Narrator: Helen Laser
Release Date: December 20, 2022
In the sequel to Tracy Andreen's debut romantic comedy So, This Is Christmas, we follow Finley and Arthur back to Barrington Academy for a swoony semester.Perfect for fans of Tell Me Three Things and Anna and the French Kiss!Finley and Arthur are ba...
ABOUT THIS AUDIOBOOK
$25
ISBN: 9780593631003
Unabridged Download 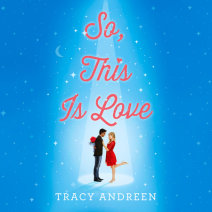 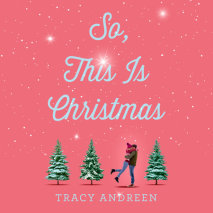 audio
So, This Is Christmas
Author: Tracy Andreen | Narrator: Helen Laser
Release Date: October 12, 2021
Let It Snow meets Dash and Lily's Book of Dares in this new small-town Christmas romance.When Finley Brown returned to her hometown of Christmas, Oklahoma, from boarding school, she expected to find it just as she left it. Christmas hasn't changed mu...
ABOUT THIS AUDIOBOOK
$25
ISBN: 9780593455821
Unabridged Download 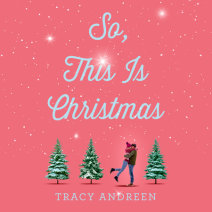