home
x
Subscribe
Alex Schulman
ALEX SCHULMAN is a bestselling author and journalist and the co-host of Sweden's most popular podcast. The Survivors, which has sold in over 30 countries, is his fifth novel and marks his international debut. He lives in Sweden with his wife and their three children.

RACHEL WILLSON-BROYLES majored in Scandinavian Studies at Gustavus Adolphus College in St. Peter, Minnesota, and received her BA there in 2002. She started translating while a graduate student at the University of Wisconsin-Madison, where she received a Ph.D. in Scandinavian Studies in 2013. She has translated books such as Helios Disaster by Lina Boström Knausgård, which was a finalist for the National Book Award; Quicksand by Malin Persson Giolito; A Nearly Normal Family by Mattias Edvardsson; and Montecore and Everything I Don’t Remember by Jonas Hassen Khemiri. Rachel lives in Saint Paul, Minnesota. 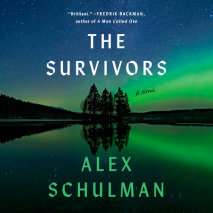 audio
The Survivors
Author: Alex Schulman | Narrator: Daniel Philpott
Release Date: October 05, 2021
INTERNATIONAL BEST SELLER • A gripping tour de force in which three estranged brothers return to the Swedish lakeside cottage where, more than two decades before, an unspeakable accident forever altered their family and changed the course of the...
ABOUT THIS AUDIOBOOK
$17.50
ISBN: 9780593455340
Unabridged Download 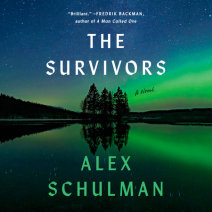