home
x
Subscribe
Neil Hoyne
Neil has served as an analyst, researcher, inventor, lecturer and, in his words, the father of many forgettable slides of glossy funnels and Venn diagrams. A witness to and participant in billion-dollar successes, and instructive failures, all in the pursuit of building indestructible customer relationships through digital media. A key player in the executive rallying cry to be more “data driven.”

As Google’s Chief Measurement Strategist, Neil has had the privilege to lead more than 2,500 engagements with the world’s biggest advertisers. His efforts have helped these companies acquire millions of customers, improve conversion rates by more than 400 percent and generate billions in incremental revenue. Immensely proud of the degrees he’s earned from Purdue University and UCLA, Neil returned to academia in 2018 as a Senior Fellow at the Wharton School of the University of Pennsylvania. This is his first book. He hopes you like it.
Read More +
1 results   page 1 of 1   view sort by 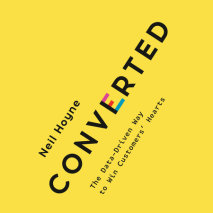 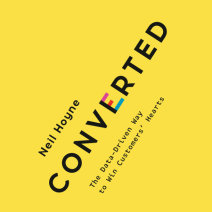