David J. Peterson began creating languages in 2000, received his MA in Linguistics from the University of California, San Diego, in 2005, and cofounded the Language Creation Society in 2007. He has created languages for HBO’s Game of Thrones, Syfy’s Defiance and Dominion, the CW’s Star-Crossed, and Thor: The Dark World. He has also created languages for many other television shows, such as the CW's The 100, Netflix's The Witcher, and Showtime's Penny Dreadful, as well as films such as Marvel's Doctor Strange, Netflix's Bright, and Legendary's Dune. 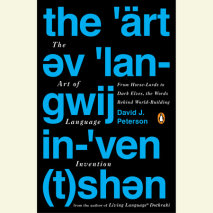 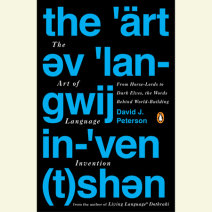