home
x
Abel James
Abel James is a New York Times bestselling author and modern-day Renaissance man. He stars as a celebrity coach on ABC television and has been featured in People Magazine, WIRED, Entertainment Tonight, and NPR.  As host of the #1 podcast in 8+ countries, Fat-Burning Man, Abel has helped millions reclaim their health and perform at their best with cutting-edge science, outdoor workouts, and outrageously good food.

Abel has keynoted for the Federal Government, lectured at Ivy League universities, and advised Fortune 500 companies including Microsoft, Danaher, and Lockheed Martin. He was named as one of the 100 Most Influential People in Health and Fitness by Greatist in 2015 and 2016.

Distinguished as a Senior Fellow with Honors from Dartmouth College, Abel created his own curriculum to specialize in brain science, music, and technology. He later published his research in The Musical Brain, which became a #1 Amazon bestseller.

Also a songwriter and multi-instrumentalist, Abel has won several awards in writing and performance arts, including “Outstanding Achievement in Songwriting.”

Abel lives with his wife in Austin, Texas. He enjoys strong coffee and cheesecake, preferably together. 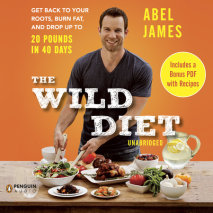 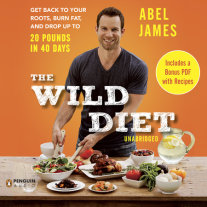