home
x
Subscribe
Alexis Jones
Alexis Jones is an internationally recognized speaker, media personality, activist, and author of I Am That Girl. The recipient of The Jefferson Award, the “Oscar of Activism,” she has been featured on Oprah’s SuperSoul100, AOL’s Makers, DELL’s Inspire100 List, Fast Company’s “Female Trailblazers,” ESPN’s “Pop Culture’s Top Ten,” Girl Scouts’ Woman of Distinction, and she was highlighted as one of the five most influential women in Texas as a Profiles in Power winner. Alexis also created ProtectHer, an educational program for male athletes on the importance of respecting women, and has been invited to speak at the White House, The United Nations, Harvard, Stanford, West Point, The Naval Academy, Nike, Google, Facebook, The NFL, and Division I locker rooms all over the country. She and her husband live in Bozeman, Montana, with their French bulldog, Gussie.
Read More +
2 results   page 1 of 1   view sort by 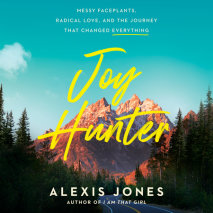 Joy Hunter
Author: Alexis Jones | Narrator: Alexis Jones
Release Date: June 13, 2023
A timely, colorful, and cinematic memoir chronicling one woman’s journey to rediscover her own power, resilience, and happinessI took a bone-deep breath as we drove away from my state, my city, my street, and my house, escaping my life and leav...
ABOUT THIS AUDIOBOOK
$20
ISBN: 9780593664506
Unabridged Download 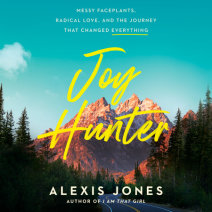 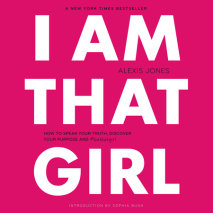 audio
I Am That Girl
Author: Alexis Jones | Narrator: Adenrele Ojo, Brittany Pressley, Soneela Nankani, Eileen Stevens, Keylor Leigh, Natalie Naudus, Victoria Villarreal, Alexis Jones and Claudia Mann
Release Date: September 27, 2022
In a crazy, media distracted world the important questions often get lost like: What's your passion? What's your purpose? Who do you want to be? Alexis Jones has built a career listening to and helping girls around the world figure out those question...
ABOUT THIS AUDIOBOOK
$20
ISBN: 9780593669013
Unabridged Download 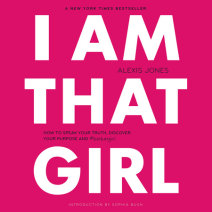