Ryan S. Walters is an independent historian who currently teaches history at Collin College in Texas. He is the author of The Last Jeffersonian: Grover Cleveland and the Path to Restoring the Republic, Grover Cleveland: The Last Jeffersonian President, and Remember Mississippi: How Chris McDaniel Exposed the GOP Establishment and Started a Revolution. He has appeared on Breitbart Radio and has spoken at a number of venues, including the Abbeville Institute and the Ludwig von Mises Institute. He lives in North Texas. 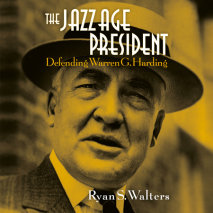 The Jazz Age President
Author: Ryan S. Walters |
Release Date: February 15, 2022
He's the butt of political jokes, frequently subjected to ridicule, and almost never absent a "Worst Presidents" list where he most often ends up at the bottom. Historians have labeled him the "Worst President Ever," "Dead Last," "Unfit," and "Incomp...
ABOUT THIS AUDIOBOOK
$22.50
ISBN: 9780593610053
Unabridged Download 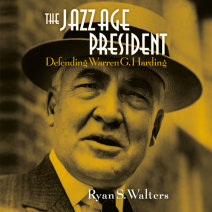