GHAITH ABDUL-AHAD is an Iraqi journalist. Born in Baghdad in 1975, he trained as an architect before he was conscripted into Saddam Hussein’s army, which he deserted. Soon after U.S.-led coalition forces took control of Baghdad in April 2003, he began writing for The Guardian. He has won numerous awards, including the British Press Awards’ Foreign Reporter of the Year and two News and Documentary Emmy Awards. He currently lives in Istanbul. 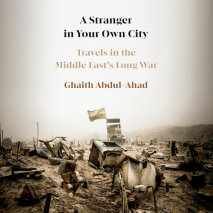 A Stranger in Your Own City
Author: Ghaith Abdul-Ahad |
Release Date: March 14, 2023
An award-winning journalist’s powerful portrait of his native Baghdad, the people of Iraq, and twenty years of warThe history of reportage has often depended on outsiders—Ryszard Kapuściński witnessing the fall of the shah in Ir...
ABOUT THIS AUDIOBOOK
$20
ISBN: 9780593676899
Unabridged Download 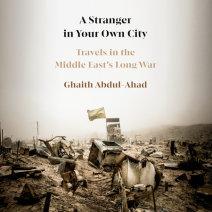