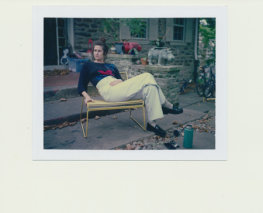 Alexandra Auder is a writer, performance artist and actress based in Philadelphia. Born in New York City to mother Viva, a Warhol superstar, and father Michel Auder, an award-winning filmmaker who directed Chelsea Girls with Andy Warhol. Alexandra  has been a featured character in HBO’s High Maintenance and has acted in the films of Wim Wenders, Jodie Foster, and Rainer Judd, among others. She resides in Philadelphia with her husband and two children. 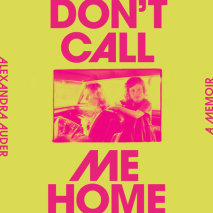 Don't Call Me Home
Author: Alexandra Auder |
Release Date: April 25, 2023
A moving and wickedly funny memoir about one woman’s life as the daughter of a Warhol superstar and the intimate bonds of mother-daughter relationshipsAlexandra Auder’s life began at the Chelsea Hotel—New York City’s infamous ...
ABOUT THIS AUDIOBOOK
$20
ISBN: 9780593670903
Unabridged Download 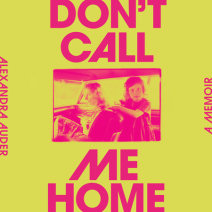