Dan Koeppel is a former executive editor at The New York Times's Wirecutter. He has written for national publications including Wired, Outside, National Geographic, and The Atlantic and won a James Beard Award for his food writing; he is also a recipient of a National Geographic Expedition Grant. His screenwriting credits include “Star Trek: The Next Generation,” and he is author of Banana: The Fate of the Fruit That Changed the World. His writing has been anthologized three times in the Best American series. He grew up in Queens, New York, and lives in Portland, Maine, with his wife, the writer Kalee Thompson, and his two small boys. 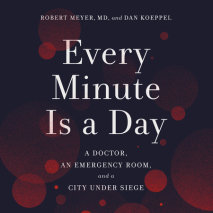 Every Minute Is a Day
Author: Dan Koeppel and Robert Meyer, MD
Release Date: August 03, 2021
An urgent, on-the-scene account of chaos and compassion on the front lines of ground zero for Covid-19, from a senior doctor at New York City's busiest emergency room When former New York Times journalist Dan Koeppel texted his cousin ...
ABOUT THIS AUDIOBOOK
$20
ISBN: 9780593398364
Unabridged Download 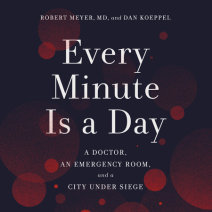