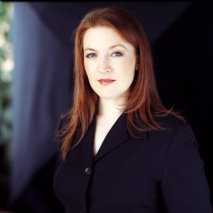 Danielle Younge-Ullman (danielleyoungeullman.com) studied English and Theater at McGill University in Montreal, then worked as professional actor for ten years. This was character-building time during which she held a wild variety of acting and non-acting jobs—everything from working on the stage and in independent films, to dubbing English voices for Japanese TV, to temping, to teaching Pilates. She now lives with her husband and two daughters in an old house in Toronto that's constantly being renovated. Follow her on Twitter @DanielleYUllman. 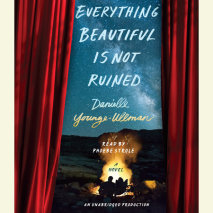 audio
Everything Beautiful is Not Ruined
Author: Danielle Younge-Ullman | Narrator: Phoebe Strole
Release Date: February 21, 2017
Then Ingrid traveled all over Europe with her opera star mother, Margot-Sophia. Life was beautiful and bright, and every day soared with music.   Now Ingrid is on a summertime wilderness survival trek for at-risk teens: addicts, runaways, and he...
ABOUT THIS AUDIOBOOK
$27.50
ISBN: 9781524749811
Unabridged Download 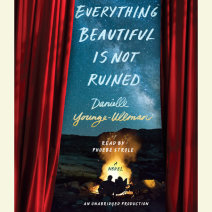