E.L. Doctorow, one of America's preeminent authors, has received the National Book Critics Circle Award (twice), the National Book Award, the Pen/Faulkner Award, the Edith Wharton Citation For Fiction, and the William Dean Howells medal of the American Academy of Arts and Letters. He has also published a volume of selected essays Jack London, Hemingway, and the Constitution, and a play, Drinks Before Dinner, which was produced by the New York Shakespeare Festival. He resides in New Rochelle, New York. 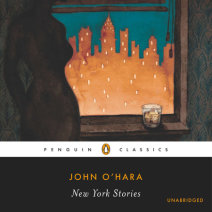