Ernie "EJ" Altbacker is an author and screenwriter living in Redondo Beach, California. In addition to the six-book Shark Wars series, he has written animated features, such as Justice League Dark and Teen Titans: The Judas Contract, as well as several television shows, including Niko and the Sword of Light, Lost in Oz, Justice League Action, and the live-action Spooksville. He also produces the Legend Quest series for Netflix. 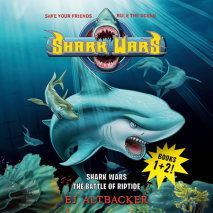 audio
Shark Wars 1 & 2
Author: EJ Altbacker | Narrator: Joshua Swanson
Release Date: July 02, 2019
For the first time ever, Shark Wars and Shark Wars 2: the Battle of Riptide are published together in one single, action-packed edition.Since the dawn of time, prehistoric shark clans called shivers have ruled over the earth's oceans. For eons, the B...
ABOUT THIS AUDIOBOOK
$27.50
ISBN: 9781984887276
Unabridged Download 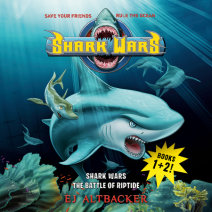