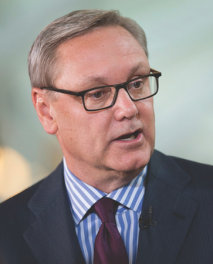 Edward “Ed” Conard is the author of the New York Times top-ten bestselling book Unintended Consequences: Why Everything You’ve Been Told About the Economy Is Wrong (2012), and the upcoming book The Upside of Inequality: How Good Intentions Undermine the Middle Class (Sept 13, 2016). He is a visiting scholar at the American Enterprise Institute. Previously, he was a founding partner of Bain Capital, where he worked closely with his friend and colleague, former presidential candidate Mitt Romney.

In May of 2012, Conard published Unintended Consequences: Why Everything You’ve Been Told About the Economy Is Wrong. The book was featured on the cover of the New York Times Sunday Magazine and went on to become aNew York Times top ten non-fiction bestseller. Because of the publicity surrounding the publication of his book, Conard was the tenth most searched author on Google in 2012.

Since its publication, Mr. Conard has made over 100 television appearances in which he has debated leading economists including Paul Krugman, Joe Stiglitz, Alan Kruger, Austen Goolsbee, and Jared Bernstein; journalists including Jon Stewart, Fareed Zakaria, Chris Hayes, and Andrew Ross Sorkin; and politicians such as Barney Frank, Howard Dean, and Eliot Spitzer.

Prior to Bain Capital, Conard worked for Wasserstein Perella & Co., an investment bank that specialized in mergers and acquisitions, and Bain & Company, a management-consulting firm, where he led the firm’s industrial practice.

For up-to-date information on Ed, visit the homepage http://www.edwardconard.com

Connect with Ed on LinkedIn http://www.linkedin.com/in/EdwardConard 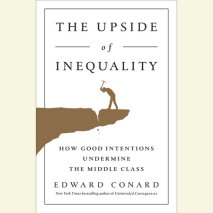 audio
The Upside of Inequality
Author: Edward Conard | Narrator: Rick Adamson
Release Date: September 13, 2016
From the New York Times-bestselling author of Unintended Consequences comes another bold and contrarian book by the man who famously defended capitalism and the one percent at the height of the Occupy movement. Conventional wisdom says income in...
ABOUT THIS AUDIOBOOK
$20
ISBN: 9780735206601
Unabridged Download 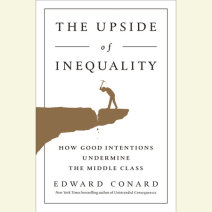