Elizabeth Janet Gray (1902–1999) was born and grew up in Philadelphia. She graduated from Bryn Mawr College, and in the years that followed, under the names Elizabeth Janet Gray and Elizabeth Gray Vining, she wrote many books for adults and children, including the Newbery Award winner Adam of the Road.   During and immediately after World War II, Elizabeth worked for the American Friends Service Committee. In 1946 she was appointed tutor to Crown Prince Akihito of Japan and later wrote the widely read Windows for the Crown Prince. She is the author of several novels and biographies and two autobiographical works. 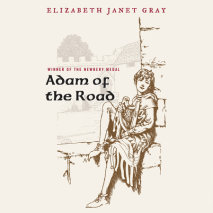 audio
Adam of the Road
Author: Elizabeth Janet Gray | Narrator: Stuart Blinder
Release Date: February 06, 2018
Newbery Award WinnerEleven-year-old Adam loved to travel throughout thirteenth century England with his father, a wandering minstrel, and his dog, Nick. But when Nick is stolen and his father disappears, Adam suddenly finds himself alone. He searches...
ABOUT THIS AUDIOBOOK
$18
ISBN: 9780525592631
Unabridged Download 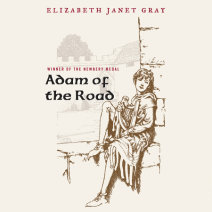