Tenzin Gyatso, His Holiness the Fourteenth Dalai Lama, is the spiritual leader of the Tibetan people. His tireless efforts on behalf of human rights and world peace have brought him international recognition. He is the recipient of the Raoul Wallenberg Congressional Human Rights Award, the Albert Schweitzer Humanitarian Award, the Congressional Gold Medal, and the Nobel Peace Prize. In 2006, His Holiness was recognized with Honorary Citizenship by the Governor General of Canada. 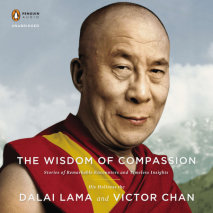 The Wisdom of Compassion
Author: Victor Chan and H. H. Dalai Lama | Narrator: Rich Orlow
Release Date: December 27, 2012
The Wisdom of Compassion offers rare insights into the Dalai Lama’s life and his efforts to translate compassion into action through deeply engaging, behind-the-scene stories about his interactions with remarkable people from all walks of life....
ABOUT THIS AUDIOBOOK
$17.50
ISBN: 9781101579596
Unabridged Download 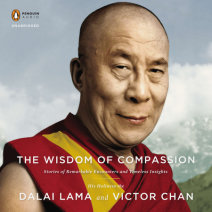 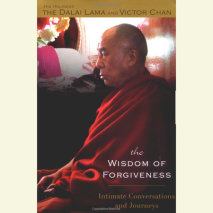 The Wisdom of Forgiveness
Author: Victor Chan and H. H. Dalai Lama | Narrator: Shishir Kurup
Release Date: September 25, 2004
The extraordinary documentation of the evolving friendship between the Dalai Lama and the man who followed him across Ireland and Eastern Europe, on a pilgrimage to India's holy sites, and through the Dalai Lama's near fatal illness. On this rem...
ABOUT THIS AUDIOBOOK
$15
ISBN: 9780786552641
Unabridged Download 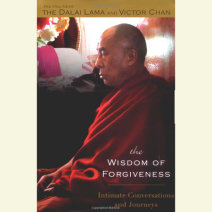