John Perkins is the bestselling author of the classic exposé Confessions of an Economic Hit Man. He is also an economist who has enjoyed a front-row seat to world events for several decades—as the chief economist of a major consulting firm and economic hit man for the American corporatocracy in the 1970s, CEO of an energy company in the 1980s, and founder of nonprofits in the 1990s and 2000s. 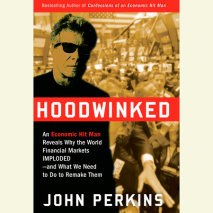 Hoodwinked
Author: John Perkins | Narrator: David Ackroyd
Release Date: November 10, 2009
John Perkins has seen the signs of today's economic meltdown before. The subprime mortgage fiascos, the banking industry collapse, the rising tide of unemployment, the shuttering of small businesses across the landscape are all too familiar symptoms ...
ABOUT THIS AUDIOBOOK
$17.50
ISBN: 9780307702838
Unabridged Download 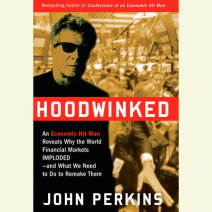 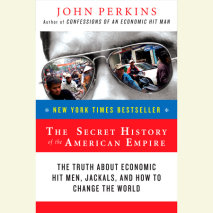 The Secret History of the American Empire
Author: John Perkins | Narrator: Jonathan Davis
Release Date: June 05, 2007
In his stunning memoir, Confessions of an Economic Hit Man, John Perkins detailed his former role as an "economic hit man" in the international corporate skulduggery of a de facto American Empire. Now Perkins zeroes in on hot spots around the world, ...
ABOUT THIS AUDIOBOOK
$22.50
ISBN: 9781429586832
Unabridged Download 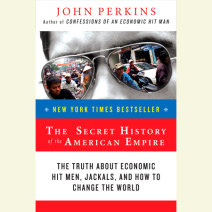