Josh Lieb is the executive producer of HBO's Qualityland. He won seven Emmy Awards as writer and producer of The Daily Show with Jon Stewart and has written and produced multiple other television shows, including The Tonight Show Starring Jimmy Fallon, The Simpsons and NewsRadio. His novel I Am a Genius of Unspeakable Evil and I Want to Be Your Class President was a New York Times best seller. He's married with two children and lots of animals. Follow him on Twitter @JoshLieb9. 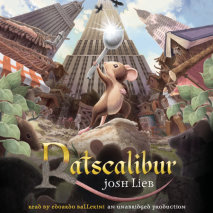 audio
Ratscalibur
Author: Josh Lieb | Narrator: Edoardo Ballerini
Release Date: May 05, 2015
The New York Times bestselling author of I Am A Genius of Unspeakable Evil and I Want to Be Your Class President reinvents the Excalibur legend—with rats! When Joey is bitten by an elderly rat, he goes from aspiring seventh-grader to three-inch...
ABOUT THIS AUDIOBOOK
$14
ISBN: 9781101915295
Unabridged Download 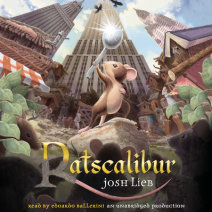 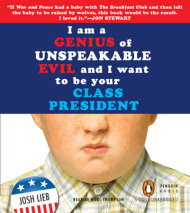 I Am a Genius of Unspeakable Evil and I Want to Be Your Class President
Author: Josh Lieb | Narrator: Marc Thompson
Release Date: October 13, 2009
Josh Lieb's hilarious, New York Times bestselling debut, now in paperback! When a provocation from his dad irks twelve-year-old evil genius Oliver Watson, he'll have to put his plans for world domination on hold in order to beat the pants off the c...
ABOUT THIS AUDIOBOOK
$15
ISBN: 9781101145739
Unabridged Download 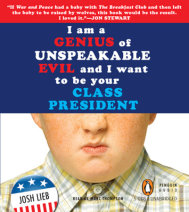