Judy Fradin is the co-author, along with her late husband Dennis, of more than 50 non-fiction children's and young adult books on topics ranging from biographies to natural disasters to African American history to the Lewis and Clark expedition.  Their IDA B. WELLS:  MOTHER OF THE CIVIL RIGHTS MOVEMENT won the Flora Steiglitz Straus award as well as the Golden Kite honor plaque.  STOLEN INTO SLAVERY was a Carter Woodson award winner, as was THE POWER OF ONE:  DAISY BATES AND THE LITTLE ROCK NINE.   WHO WAS SACAGAWEA? was the Fradins' first collaboration for the WHO WAS? series.  Between 2007 and 2015, Judy was a professor of Children's Literature and Minority Literature at National Louis University. 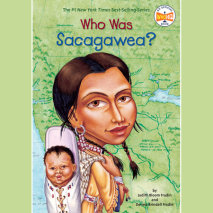 audio
Who Was Sacagawea?
Author: Dennis Brindell Fradin and Judith Bloom Fradin | Narrator: Kevin Pariseau
Release Date: March 26, 2019
Sacagawea was only sixteen when she made one of the most remarkable journeys in American history, traveling 4500 miles by foot, canoe, and horse-all while carrying a baby on her back! Without her, the Lewis and Clark expedition might have failed. Thr...
ABOUT THIS AUDIOBOOK
$6.99
ISBN: 9780525629450
Unabridged Download 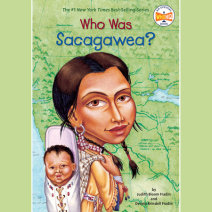