Robert Peterson grew up near the town of Soldiers Grove, Wisconsin. In the fall of 1966 he joined the army and was sent to Vietnam where he saw combat as an infantryman. A series of promotions saw Peterson rise to the rank of staff sergeant. In August 1967, he was seriously wounded by friendly fire from American gunships, leaving him a paraplegic. Robert Peterson passed away in 1994. 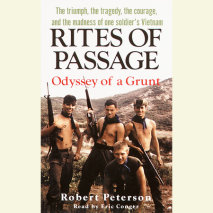 Rites of Passage
Author: Robert Peterson | Narrator: Eric Conger
Release Date: February 26, 2002
A raw, powerful account of an infantryman’s life during wartime– complete with all the horrors and the heroism . . .Robert Peterson arrived in Vietnam in the fall of 1966, a young American ready to serve his country and seize his destiny....
ABOUT THIS AUDIOBOOK
$6.95
ISBN: 9780553755701
Abridged Download 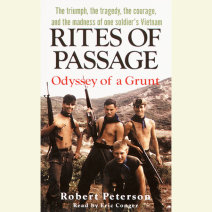