Rodman Philbrick published more than 15 adult mystery and suspense novels before writing the award-winning young adult book Freak the Mighty, which was made into a major motion picture. The sequel, Max the Mighty, received starred reviews, and his novel The Fire Pony was named a 1996 Capital Choice. He and his wife, novelist Lynn Harnett, divide their time between Maine and the Florida Keys. 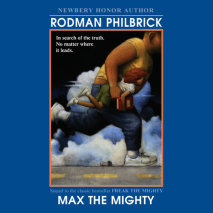 audio
Max the Mighty
Author: Rodman Philbrick | Narrator: Elden Henson
Release Date: August 18, 2020
The powerful sequel to the award-winning Freak the Mighty.Fourteen-year-old Max is back and he finds himself defending a solitary girl nicknamed "Worm" against a cruel man known as the Undertaker. Against all odds, the teens embark on a perilous jour...
ABOUT THIS AUDIOBOOK
$15
ISBN: 9780593286302
Unabridged Download 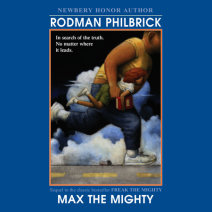 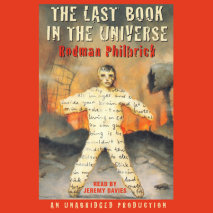 The Last Book in the Universe
Author: Rodman Philbrick | Narrator: Jeremy Davies
Release Date: January 07, 2020
This fast-paced action novel is set in a future where the world has been almost destroyed. Like the award-winning novel Freak the Mighty, this is Philbrick at his very best. It's the story of an epileptic teenager nicknamed Spaz, who begins the heroi...
ABOUT THIS AUDIOBOOK
$15
ISBN: 9780593286166
Unabridged Download 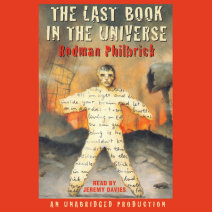 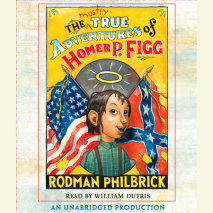 audio
The Mostly True Adventures of Homer P. Figg
Author: Rodman Philbrick | Narrator: William Dufris
Release Date: January 13, 2009
Although he is underage, Homer P.  Figg’s beloved older brother, Harold, is illegally sold into the Union Army by their ruthless guardian. Now Homer must run away from Pine Swamp, Maine, and his wretched home to find his brother and save h...
ABOUT THIS AUDIOBOOK
$14
ISBN: 9780739372333
Unabridged Download 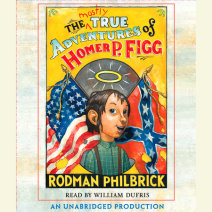 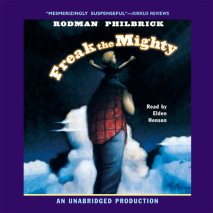 audio
Freak the Mighty
Author: Rodman Philbrick | Narrator: Elden Henson
Release Date: March 11, 2008
Meet Maxwell Kane, narrator of Freak the Mighty. He’s a timid soul stuck in the body of a teenage giant with size 14 shoes. Haunted by a dark secret in his past, he hides out in his basement room, avoiding the world. But when a new kid moves in...
ABOUT THIS AUDIOBOOK
$13.50
ISBN: 9780739363119
Unabridged Download 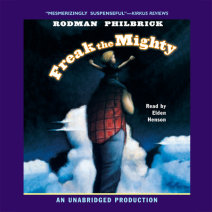 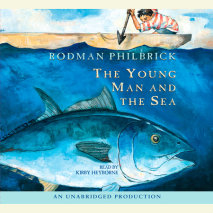 audio
The Young Man and the Sea
Author: Rodman Philbrick | Narrator: Kirby Heyborne
Release Date: November 09, 2004
Skiff Beaman has a boatload of problems. Ever since his mother died, his father doesn’t want to get up off the TV couch–even when the Mary Rose, his fishing boat, sinks at the dock. Twelve-year-old Skiff’s been bailing out Rose by h...
ABOUT THIS AUDIOBOOK
$14.95
ISBN: 9781400094615
Unabridged Download 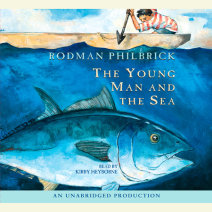