Megan E. Bryant has written more than 250 children's books for ages ranging from babies to teens. Her most recent novels include the four-book Tiny Geniuses series, and the Kirkus starred and Best Book of the Year listed Glow. She co-authored her four-book board book series, Citizen Baby, with her husband, historian Daniel O. Prosterman. Other of Megan's titles include media tie-ins and middle-grade and YA novels for Penguin, Simon & Schuster, Chronicle, Running Press, Disney, Harper, and Scholastic, including two 2009 VOYA Nonfiction Honor Books (Mythlopedia: Oh My Gods! and Mythlopedia: She's All That!). Some of her titles are written under her pen name, Ellie O'Ryan. 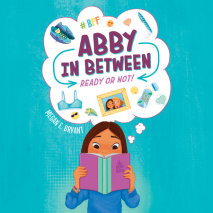 audio
Ready or Not! #1
Author: Megan E. Bryant | Narrator: Emily Eiden
Release Date: February 15, 2022
From prolific author Megan E. Bryant comes the first book in a young middle-grade series about nine-year-old Abby, a girl trying to grapple with all the chaos that can come from growing up.For nine-year-old Abby McAdams, everything seems to be changi...
ABOUT THIS AUDIOBOOK
$15
ISBN: 9780593507858
Unabridged Download 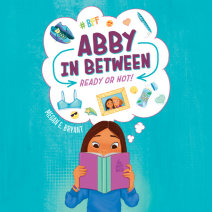