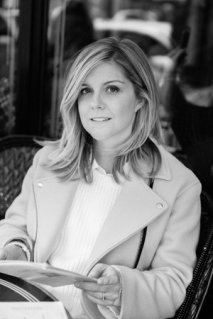 Lauren Collins began working at The New Yorker in 2003 and became a staff writer in 2008. Her subjects have included Michelle Obama, Donatella Versace, the graffiti artist Banksy, and the chef April Bloomfield. Since 2010, she has been based in Europe, covering stories from London, Paris, Copenhagen, and beyond. 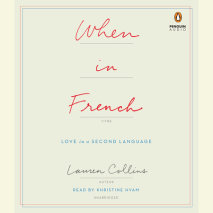 audio
When in French
Author: Lauren Collins | Narrator: Khristine Hvam
Release Date: September 13, 2016
A language barrier is no match for love. Lauren Collins discovered this firsthand when, in her early thirties, she moved to London and fell for a Frenchman named Olivier—a surprising turn of events for someone who didn’t have a passport u...
ABOUT THIS AUDIOBOOK
$17.50
ISBN: 9780735288188
Unabridged Download 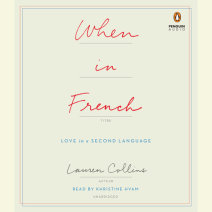