Lewis Black is the hugely popular and New York Times bestselling author, stand-up comedian, actor, and playwright. Besides appearing regularly on The Daily Show (in his own segment, "Back in Black"), he has written and starred in a string of successful HBO and Comedy Central specials and one-man Broadway shows. He's won a Grammy, an Emmy, and an American Comedy Award. Born near Washington, DC, Black graduated from the University of North Carolina at Chapel Hill, and has a master's degree from the Yale School of Drama. 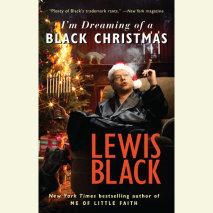 I'm Dreaming of a Black Christmas
Author: Lewis Black | Narrator: Lewis Black
Release Date: November 02, 2010
From Lewis Black, the uproarious and perpetually apoplectic New York Times-bestselling author and Daily Show regular, comes a ferociously funny book about his least favorite holiday, Christmas. Christmas is supposed to be a time of peace on earth and...
ABOUT THIS AUDIOBOOK
$15
ISBN: 9781101461792
Unabridged Download 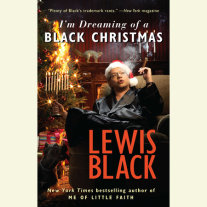