Lisa Robinson is a contributing editor at Vanity Fair, where she has produced music issues and written many major profiles. Prior to that, she was a longtime columnist for the New York Post, was syndicated by the New York Times Syndicate, and was an editor of several rock magazines. Robinson was born in New York City, where she still resides. 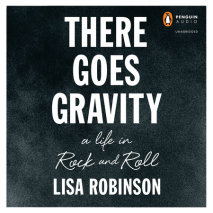 There Goes Gravity
Author: Lisa Robinson | Narrator: Lisa Robinson
Release Date: April 22, 2014
From a legendary journalist with four decades of unprecedented access and untold stories, an insider’s behind-the-scenes look at the major personalities of rock and roll. Lisa Robinson has interviewed everyone from John Lennon to Bono to P...
ABOUT THIS AUDIOBOOK
$17.50
ISBN: 9780698149434
Unabridged Download 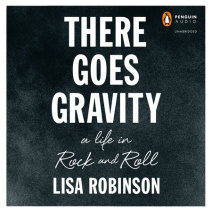