Lori Gottlieb is the New York Times bestselling author of Marry Him: The Case for Settling for Mr. Good Enough, Stick Figure: A Diary of My Former Self, and a journalist whose work has appeared in The New York Times, The Atlantic, Time, People, Slate, Self, Glamour, Elle, Salon, and the Los Angeles Times. She is also a frequent commentator for NPR’s All Things Considered. 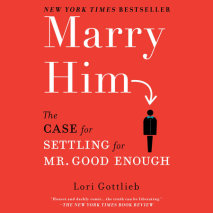 audio
Marry Him
Author: Lori Gottlieb | Narrator: Brittany Pressley
Release Date: August 10, 2021
Lori Gottlieb discusses Marry Him in a video on The Atlantic website.You have a fulfilling job, a great group of friends, the perfect apartment, and no shortage of dates. So what if you haven't found The One just yet. Surely he'll come along, right? ...
ABOUT THIS AUDIOBOOK
$20
ISBN: 9780593505663
Unabridged Download 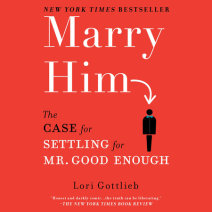